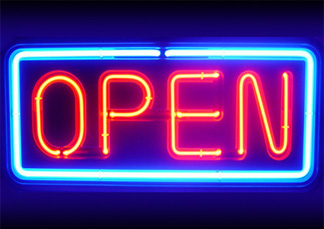 Opening Time – The Next Generation. Literature across media: new narrative storyspaces in the time of distributed authorship.

This seminar will be an open lab to explore and debate, with the participants, emerging forms of digital literature that invoke the experience of personal expression in the new flow of co-creation across different platforms and media.

Our aim is to engage the digital frontier of poetic articulation: how creation and delivery of poetic forms and ideas change through digital absorption and dissemination.

The “next generation” of (almost) paperless storyspaces moves toward concepts of distributed authorship, re-configured readership and narrative co-streaming.

From the perspective of a third orallity introduced by the Toronto School of Communication (Ong, W. et alii, 1977-2012), according to cognitive changes (Wolf, M., 2011) and a rhetoric shift (Barrett, E. and Welck, K. E., 1999) introduced by digital literacies, we will focus on a wider discussion about the degree of awareness regarding the role of technology on the configuration of new patterns of expression, new forms of connection with audiences, and its impact on the very shaping of poetic expression.

The seminar  will explore (1) how these new forms of expression are taking place, (2) who is taking part in the process, and (3) which new poetic tools and forms are appearing. It is the goal of this seminar to deepen and expand the previous phases of the meta-text, Opening Time: On the Energy Threshold, and thus to shed light on the principles of the post-book era.

Based on case studies, we will be looking at how poetic forms are developing in the electronic space/time. When inspiration and poetics make the most of information and communiation technologies tools (supported by transmedia iteracy), new times can open for literary creation and readership.